About Us » Divisional GM/CEO » Rupert Bray 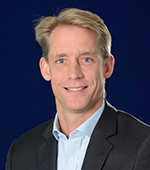 Rupert assumed the role of Managing Director on 21 September 2020. Rupert Bray joined Steamships as Chief Operating Officer and as a Director on 27th August 2018.

Rupert has worked with the Swire Group for 26 years, most recently as the Marine Services Director of Swire Pacific Offshore, Swire Pacific’s offshore oil and gas division.  Prior to his appointment as COO for Steamships, Rupert was based in Singapore.  In his role there, he oversaw SPO’s subsea, renewables, salvage, emergency response and seismic businesses.   Rupert was the Managing Director of Singapore based Swire Salvage and of Dubai based Swire Emergency Response Services, Chairman of Denmark based renewables leader, Swire Blue Ocean, and a director of Norway based Swire Seabed which is the principle operating entity for Swire’s subsea businesses.

Before joining Swire Pacific Offshore, Rupert held a wide range of positions within the Swire Group, including Chief Operating Officer of UK based, Swire Oilfield Services.  In his earlier career, he held numerous management roles for Cathay Pacific Airways in Hong Kong, Indonesia and India.

Rupert graduated with a Bachelor of Arts with Honours in Geography from Bristol University, UK and more recently completed a Masters of Science in Maritime Studies at Nanyang Technological University, Singapore in 2015.  Prior to his life in Swire, Rupert was in the British Royal Marines.